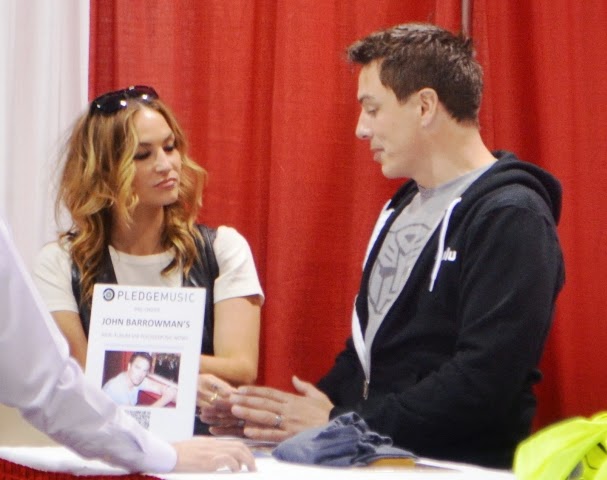 The 25th annual Motor City Comic Con is officially in the books.

Huge stars from both the comic book industry and the pop culture world attended the show over the weekend, many for the first time.

“This weekend was my anniversary with my wife,”  Power Rangers star Jason David Frank said. “But the fans in the Motor City wanted me to be here. ... I’ll never let a fan down. My fans are my friends.”

Frank, the most popular Power Ranger in the 20-year history of the show, had massive lines all weekend, but the longest lines belonged to John Barrowman, who recently was promoted to a series regular on “Arrow.” He plays comic baddie Malcolm Merlin on the show. He is most famous for his role as Capt.  Jack Harkness on “Doctor Who” and the spin-off, “Torchwood” — though he also is an accomplished singer and stage actor.

The show this year was as big as it’s ever been, expanding into the entire Suburban Collection Showplace in Novi, giving fans more space in the aisles and making it generally easier to move around.

This was in direct response to the “Humanity Bomb” as it was deemed last year when more than twice as many fans showed up than ever had before. Lines were shorter this year, and there were many more options for food and drink, giving fans more time to enjoy the show. 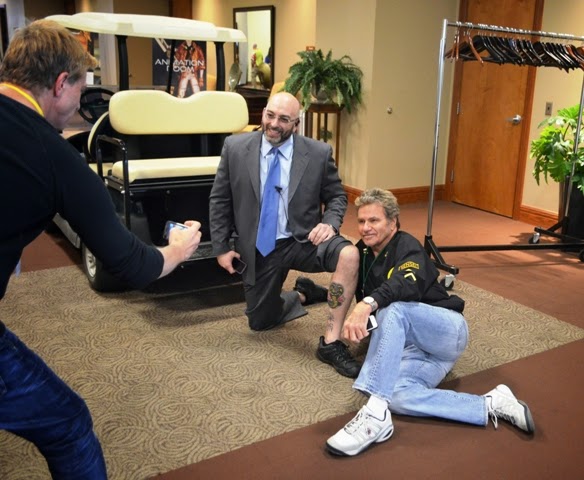 Gone was the amateur wrestling that has plagued panel rooms for years. Instead, the panels were moved to the attached Diamond Center, giving even more room on the show floor.

As I wandered around the convention all weekend, along with co-worker David Komer most of the time, I was surprised to find how many people from Downriver and Dearborn were there, not just to enjoy the show, but also as vendors, artists and writers.

Allen Park businesses were well represented, with Big Ben’s Comix Oasis, which had the largest booth of any vendor; 734 Designs, a maker of vinyl signs; and The Tech Shop, all with displays. There also were Tiffany Payne of Woodhaven, a face painter, and Dom Riggio, who co-owns the recently opened Penelope’s Venue in Southgate and Mess Bucket Comics. About a dozen local comic book creators also had booths set up. It was really cool to chat with most of them over the course of the show. 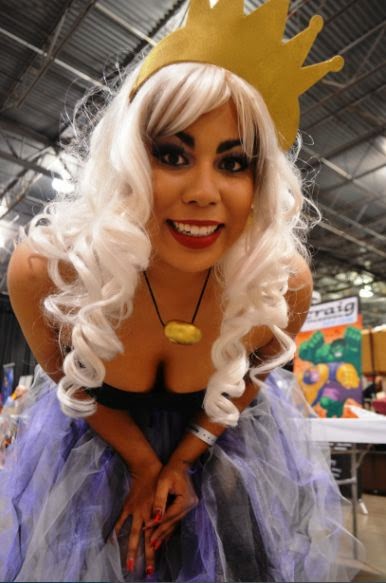 Then, of course, there were the fans. We snapped close to 1,000 photos of just about everything the show had to offer, and of people at the convention in costumes. Always making sure to ask who they were and where they were from, I was pleasantly surprised to find many people from across the region at the show.

“I come every year,” he said, adding that he collected “Alien” and “Terminator” comic books while growing up.

A couple of Bane costumes and Deadpool costumes caught his eye, he said.

“The last few years they’ve been getting a lot better,” Stachulski said. “I’m excited to be here again.”
Growing up, Stachulski’s favorite hero was Superman, he said, joking that it was “forced on” him by his father and he then adopted it at a young age.

As an adult, he said, his favorite hero is Batman, “hands down.”
Posted by Unknown at 10:35 AM